On a cold winter's night, I can't think of a better stew to eat then Kuku Paka nu Wala (often referred to as just Kuku paka), an East African dish of chicken with coconut milk. I was served this when I was on safari in East Africa, though they served whole chicken pieces on a bed of rice with a coconut sauce over the top.

On our last day in Tanzania, we stopped at a gift shop. I was so excited to find a small Tanzanian cookbook that had a recipe for Kuku paka. That excitement turned to frustration as the line to check out was long and not moving. I saw a few incidents of the "ugly American" syndrome where folks were trying to haggle with the shop owner into lowering the prices. They would make comments about what a rip off some of the items were. Looking at the folks who worked at the store you knew none of them were getting rich. In fact, by American standards, they all looked pretty destitute. I was so put off by the bickering that I put down the cookbook in a huff and left. I sat in our van waiting for everyone else to return. After a half hour, folks were starting to trickle back. A fellow traveler, Gale, quietly sat down next to me and handed me a package, saying this was her goodbye gift to me. Inside was the cookbook! I will be forever grateful to her for that small gift. I've lost count on the number of people who now have this recipe or who have passed it on to others. 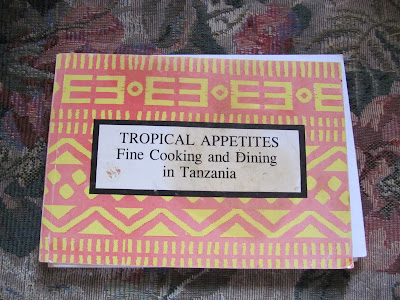 After over ten years of cooking it, I think I've perfected the dish. Here is my version of the recipe:

Two packages of chicken breasts (you can use whatever kind of chicken you prefer, it should amount to around 3 pounds of meat). I also recommend using chicken with the skin on and with bones still attached. I swear it makes for a much more flavorful stew than using boneless, skinless chicken breasts.

A "thumb" of ginger, peeled and grated.

One tsp. of salt

One can of diced tomatoes (the recipe calls for 4 small tomatoes, but with the pink and woody tomatoes of winter, I have no problem using canned tomatoes). 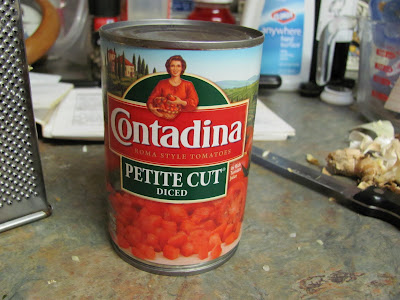 A bunch of chopped cilantro

Juice of half a lemon

Heat the oil in a large stew pot. Add the onions and saute on medium high heat until they are limp and just starting to brown. Add the garlic and ginger (I just peel the ginger and grate it directly into the pot). Stir until you start smelling the garlic and ginger. Then add the salt and the can of tomatoes (no need to drain). Put the chicken pieces on top of the onion/tomato mix, cover and lower the heat and cook for 20 minutes. 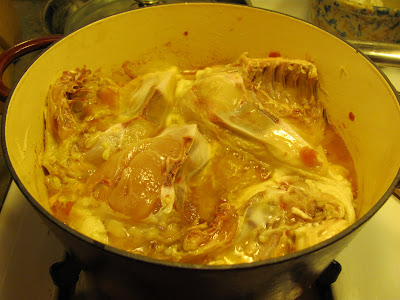 Then, add the coconut milk, mix as well as you can, turn the heat up to medium, cover and cook for 50-60 minutes.

Now, turn off the heat, take out the chicken pieces to cool so they can be handled (about 20 minutes). Remove and discard the skin and bones and shred the chicken and return it to the stew. Turn back on the heat to medium, add the fresh cilantro, lemon juice and rice, stir to mix and cover and cook for an additional 15-20 minutes. 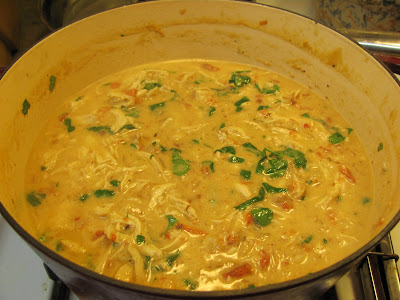 I also will add a little cayenne pepper for some heat on occasion but it is not necessary. As with all stews, the flavors really blossom reheating it the next day.

Looks intruguing, but I fear that it is way out of my culinary league!

I'm adding the ingredients to my shopping list! Can't wait to try it.

That's right Lynne. Just toss the raw rice in and it cooks in the last 15-20 minutes of cooking.

D-G,be adventurous in the new year! You really should try it.

I love anything with coconut milk in it. My favorite soup is Mulligatawny soup which features chicken and coconut milk. Mmmm.
Looks like a great dish. How interesting that you came upon the recipe originally while in Africa.

Another aside regarding the rice. For a number of years I cooked the stew and made the rice separate, pouring the stew over the cooked rice in a bowl. One of my friends who took the recipe asked me why I didn't just add the rice to the stew at the end of the cooking time? Well, duh! Why didn't I think of that? So now the rice is added at the end. Saves a separate step.

Donna, I know that both Kenya and Tanzania, when they were under British and German rule, brought in many laborers from India to help build the railroads. I think a lot of cultural mixing of foods happened at that time.

BTW--the word "kuku" is in various African languages the word for "chicken", no doubt because of the clucking sound a chicken makes.

Mmmm. . .thanks for sharing this great recipe again! Cat59