...I would quit my job so fast it would make your head spin. But, I digress...
I've been lax in posting and commenting on other blogs lately. With board orientation meetings last week and our full board meeting starting on Sunday, any spare moment I've had has purposefully NOT been spent on the computer!! But, I didn't want too much time to go by without posting about a few surprise guests to my local shelter. 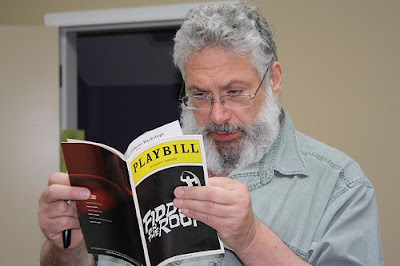 The actor Harvey Fierstein is currently in town for a few months playing Tevye in Fiddler on the Roof. He is a BIG supporter of adopting rescued animals (he has many of his own) and last week brought some of his castmates along for a tour of the Washington Animal Rescue League. 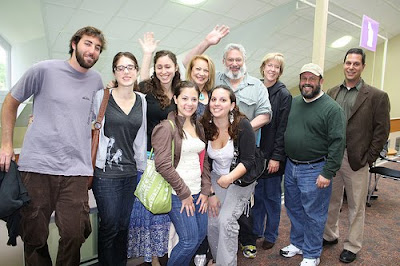 I've always thought he seemed like such a fun guy and now I like him even more knowing of his love of animals. 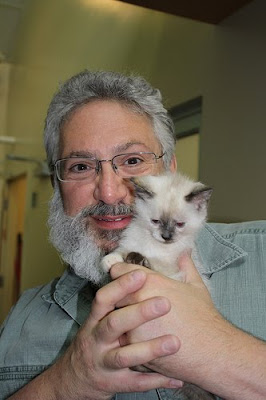 Unfortunately, I was not there when they took the tour. All photos are courtesy of WARL. I don't know why but this last photo just melts my heart. 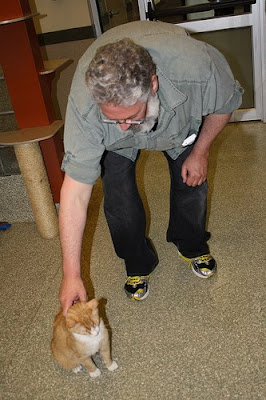 Okay, bad title. I'm trying to do a little cleaning today and decided to get out my 80s new wave music collection to help me clean. I was listening to the Safety Dance and laughing to myself remembering the very weird medieval video that went with the song. When it was time for a cleaning break I decided to look up the Safety Dance video and watch it. I googled it and up popped this video titled Safety Dance--Literal Version. Oh My God! I was laughing so hard! It's the actual video with a dubbed literal version by someone who sounds just like the original singer. I'm not sure if it will be as funny if you don't know the original song, but see what you think. Enjoy!

Okay you cat-lovers in the DC area--have I got a cat for you! The Washington Animal Rescue League (the shelter that I support), posted this video of a cat they just got in. She is seven years old, declawed and weighs (ahem) 25 pounds!! Her name, appropriately, is Aretha. She was given up by her owners because she "wanted to be petted too much." Oh, the horrors.

I have fallen in love with her and if I didn't have eight of my own, including another big boned gal Chunky Lisa, I'd snatch Aretha up faster than you could say tuna! She obviously needs to go on a diet, but other than that she is very healthy and a sweeter girl you will not meet.

Check out the video and make sure your sound is on...

Things are moving along here at Possumlady Place. My work is getting a bit crazy again with upcoming orientation meetings for new board members and an early May board meeting. Luckily both are here in DC so no travel, which always adds a layer of stress to everything. The cherry blossoms have come and gone, so too, the Nuclear Security Summit.

I was cat sitting up the street a few weeks ago and last weekend my neighbor dropped off a beautiful woven basket from their travels in and around Santa Fe, New Mexico as a thank you gift. 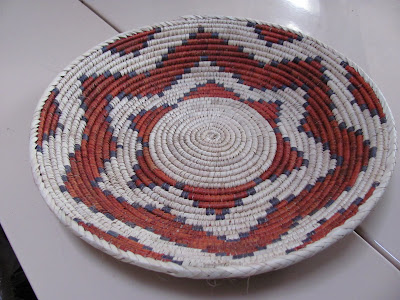 I jokingly said that I hope the cats would leave it alone. I walked into the kitchen later that evening to see this 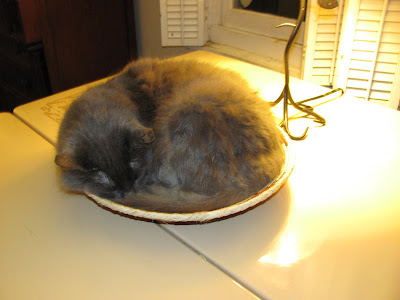 I just can't imagine this is comfortable. But I've long given up trying to figure out my cats.

A funny aside: I had to drop off some papers to my boss's house last night. His wife let me in and I was greeted by their dog T (a recently rescued 3-year old springer spaniel). T bounded up to me and then quickly spun and ran back to the kitchen/family room where my boss was. I gave my boss the documents that needed signing and we were all just chit chatting away in the kitchen. I saw T standing near his bed with his head down and called him to come over. He looked up with this big roast chicken looking toy in his mouth and stood there wagging his tail furiously. I said "what have you got there T?" My boss's wife cried out "he's got our chicken!" Apparently they had grilled a whole small chicken and it was resting on the kitchen counter and T decided to go for it. I was laughing so hard while my boss was yelling at poor T to "drop it". My boss got the chicken away not looking too bad except for a decent sized bite taken out of it. They were both SO embarrassed saying that he has NEVER done anything like that before. Of course T knew he was in trouble so he quickly came over and sat down right on my feet and was leaning against me looking all innocent. I can honestly say that I've never had to wrestle a cooked chicken away from one of my cats!