In Need of Some Sweet Comfort

Oh, what a sad day. The man for whom I had my first big crush has died. It was just released that Paul Newman died yesterday at his home in Connecticut. He was 83. 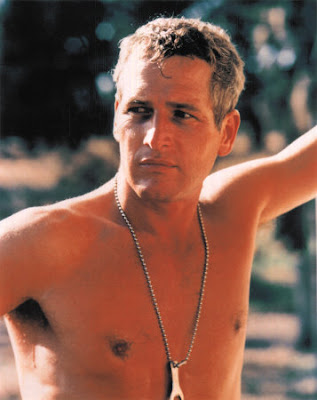 I developed my crush in grade school watching old Paul Newman movies on TV. Then when I was a freshman in high school, (for reasons I still can't understand) my Catholic high school took us on a field trip to see the movie The Sting. On the bus ride back to school all the girls were almost swooning while they squealed about Robert Redford. I stayed pretty quiet until someone asked me if I didn't think Robert Redford was to die for. I stated, you can all HAVE Robert Redford, I'll take Paul Newman ANY day. PAUL NEWMAN?!! they laughed, he's too old! I started getting a little defensive. "I'll admit that Robert Redford is good looking but Paul Newman has class!!" That quieted them all down and we just agreed that I could have Paul Newman, and they would all have to fight over Robert Redford.


If you haven't seen the movie Road to Perdition, see it! It was Paul Newman's last theatrically-released movie that came out in 2002. I wasn't that keen to see the movie when it came out. But, since Paul Newman was in it, I felt I had to. I'm so glad I did. Yes, the movie is very dark and sad and Paul Newman's role was not very big, but it really took me into another world and I found myself thinking about the movie for days after.

On days when I need some comfort, I make fudge. Making fudge brings me back to childhood and my mom. She would make a little fudge once or twice a week. Always without warning, usually at night. We'd hear the saucepan being put on the stove and come running. In fact, making fudge was so associated with my mom that we put it in her eulogy.

When I was talking to her a few years ago on the phone, I asked for the recipe. "Oh, Chrissy, it's so easy. Just remember that everything is in quarters......well, except for the sugar." I don't know why, but I always laugh thinking about that.


Here is the recipe:


Bring it to a slow boil over medium heat. When it starts boiling, time it for 3 minutes, while stirring occasionally. Then, take it off the heat and immerse it in cold water (about an inch in the sink) and start stirring. The stirring cools and thickens it. Stir it for--oh, I don't know--about 30 seconds to a minute. Then, pour it onto a buttered plate. Usually a small salad plate is big enough. Then let it cool. This doesn't make a large amount. Just enough for me for two days worth of snacking.


I'll post photos of the fudge making after I make my batch tonight. Somehow it just doesn't feel right making it unless it is dark outside! 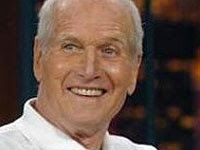 Goodbye Paul and Rest in Peace. This fudge's for you.

Oh, so sad about Paul Newman. We once hard boiled 50 eggs and had a Cool Hand Luke party.

Thanks for the fudge recipe, I think. I may try it out tonight!

Hi Christine! My friend told me about Paul Newman. What a shock. The first movie I remember him in was "The Towering Inferno". What struck me about him was his eyes. He will be missed.

Thank you for the fudge recipe. It sounds yummy. Can you use marg. instead of butter? Lisa

Sweet memories of your Mom, Christine. And, I'm sorry about Paul Newman. This is the first I've heard of his passing. I guess I've been consumed with finding gasoline.

Christine--well, actually, you would have been fighting me for Paul Newman. I totally agree.

Wow, Dog-geek! Really? What did you do at your party? Have a contest to see who could eat the most eggs? That's a riot.

Lisa, I'm sure margarine can be used. I know we used it a lot growing up but I can't remember if that is what my mom used or not.

Ah Donna, you have great taste in men!