May Old Acquaintance (never) Be Forgot....

Well, it's the end of 2008. The year can't end soon enough for me! This has been a very hard year for many, including Possumlady. Serious health issues for many in my immediate family, along with the death of three of my cats. Any year that a cat dies marks it as a sad year for me. When three die, words cannot describe it. 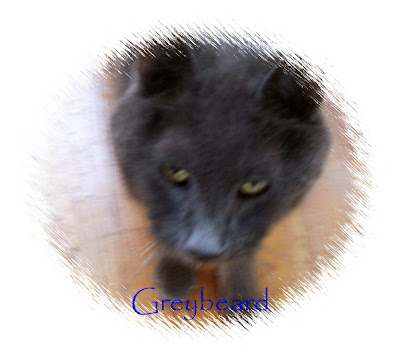 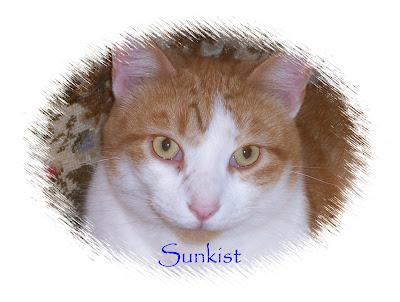 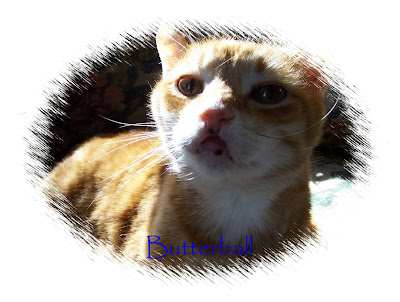 Oh my heart aches looking at all these photos, especially Butterball's. I still miss him somethin' awful. Sweet Pea has taken up the slack in becoming the new Leader of the Pack, but he does NOT suffer fools! No, benevolence does not seem to be part of Sweet Pea's style of leadership. It certainly was with the B-man though.
I did not have either Sunkist or Greybeard as long as Butterball, but they fast became members of my family and the lack of their presence in my house makes it less of a home.
*****************
Okay, enough with the sadness. My current pack have been begging me to put up the video of them opening up their Christmas toys from their most favorite Auntie, Auntie Michele. This is the second year she has given the herd an entire box of toys. Last year, they were all red. This year the theme was green!

Can you see the little snowman cat hammock? I won it in yet another cat raffle!! I honestly didn't think it would hold my husky gents but behold... 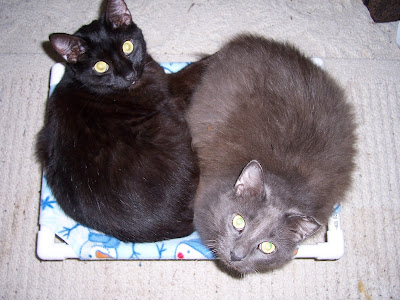 Woody and Sweet Pea, each weighing in at over 15 pounds each. 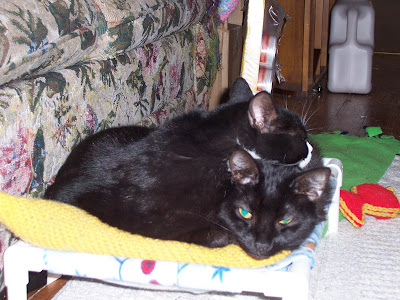 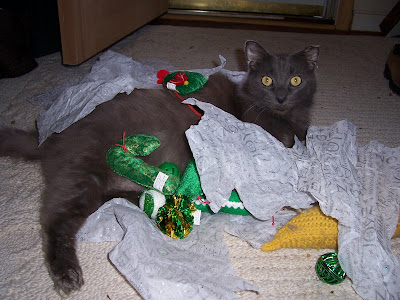 Here's hoping 2009 is a MUCH better year for everyone!!

I hope your families health issues are getting better.

Wishing you and yours a happy-safe 2009. Lisa

I laughed so much watching Woody kick the toys out of the box. You know all they want are boxes and paper...

Happy New Year to you and all your kitties. Who knows what the new year will bring. More lovey critters in your yard?